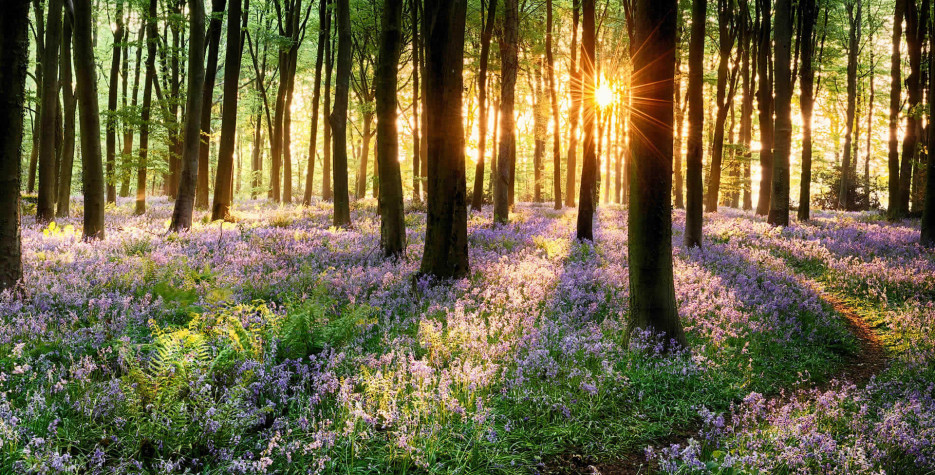 The days are growing longer, the sun is shining brighter and the earth’s ancient wisdom and power are reaching their annual peak. As the Summer Solstice approaches, we welcome it as the beginning of a time of great abundance, spiritual magick, and divine inspiration.

What is the Meaning of Summer Solstice?

In the Northern Hemisphere, the Solstice occurs when the Earth is at its maximum tilt towards the sun, making for the longest day of the year and marking the celestial beginning of summer. In the Southern Hemisphere, this day marks the beginning of winter. The word solstice comes from the Latin “sol” and “stitium” or “sistere” meaning still or stopped.

For thousands of years, and in traditional cultures across the world, the Summer Solstice has been an opportunity for celebration, ritual, harvest and above all, a return to the light after a long dark winter. It is widely revered as a magical evening, in which faeries are revealed to humans, ancient mysteries are revealed, and offers a powerful occasion to ward off evil spirits for the coming year.

Cultural Celebrations, Traditions and Spirituality Festivals Around the World

Planting and Harvest around the World: In ancient times the Solstice was used as an indication of when to plant some crops, as well as the ideal time to harvest others. It is widely believed in traditional herbal medicine that many healing plants and herbs are at their most potent at this time and should be harvested on the evening of the Solstice. In Latvia, Midsummer Eve is also known as Herb Evening.

Ancient Egypt: Sun worship in Ancient Egypt had great significance, as it did in many ancient cultures. The Summer Solstice in Egypt marked the coming of the brightest star Sirius, indicating that soon after the Nile would flood and overflow, marking the beginning of the season of abundance. Many of the famous ancient monuments of Egypt were designed around the Solstice. The most notable of these being that if one stands at the Sphinx on this sacred day, they will see the sun perfectly set between two of the Great Pyramids.

Stone Henge: This mysterious and sacred monument has little known about its history and of those who built it. What is known is that the Solstice was a deeply significant element in its creation. On the evening of the Summer Solstice, the sunset aligns with the heel stone of the monument and continues to shine through the others. To this day, Stone Henge is the site of one of the world’s biggest Summer Solstice celebrations, with people gathering from all over the world to witness the magic and mystery of this powerful time of year at this sacred and historic site.

Sweden: One of the most iconic and well-known celebrations around Solstice is the Swedish tradition of the Midsummer festival. With the festive and colorfully decorated Maypole at the center, people would gather to dance around it, often in traditional dress. The festivities carry on into the evening, with revelers enjoying large ceremonial bonfires, sharing traditional foods, music, and games.

Celtic & Pagan Celebrations: The rituals that surround Summer Solstice in the Pagan and Celtic traditions always included large fires that were believed to open a path toward the light. It was also believed that jumping over the fire purifies the soul and burns away problems or imperfections.

How to Celebrate Summer Solstice at Home

The Summer Solstice has a rich and diverse history, with a strong spiritual significance throughout many ancient cultures. It is still widely celebrated across the world today, and there are many ways to observe the Solstice at home and embrace all of the magic, power, and change that it brings.

Soak in the Sun: Many believe that watching the sunrise on the morning of the Solstice will bring good health all year round. This time represents a return to the light, so drink in the warmth and healing power of the sun, and let the light within you shine through. The sun benefits our mood and spirit as well as strengthens our immune system, bones, and heart.

Enjoy a Fire: It was widely believed that creating a large fire wards off evil spirits and purifies the soul. The ritual around the building and observing a fire is greatly practiced today, typically starting at sunset. Enjoy a campfire or bonfire or simply light a candle and bask in its warm glow, and allow its flame to purify and strengthen your spirit.

Begin a New Practice, Ritual, or Habit: The Summer Solstice is a time of renewal and offers opportunities to start anew. This is a great time to establish a new routine, spiritual practice, or habit as you embark on this new season of light and abundance. Our new Triple Goddess tincture lends itself to movement, creativity, and connection and is the perfect companion to the start of a new project or breathing fresh air into existing ones.

Play with Plants: Whether it’s collecting wildflowers and making a vibrant wreath or flower crown, or inviting the power of healing holistic herbs and wild remedies into your home and body, plants can play a powerful role in Solstice Celebrations. This is an ideal time to experiment with some magic healing herbs, such as Mugwort, which is celebrated for revealing that which is usually hidden from us and pulling back the veil on life’s great mysteries. You can try Mugwort in our High Priestess tincture.

Meditation and Affirmation: Find a peaceful space outdoors where you can focus on the incredible beauty and abundance of Mother Nature around you. Then close your eyes and focus on things in your life that bring you feelings of warmth and gratitude. If it feels right, try repeating an affirmation to yourself, such as I am Love, I am walking in the light or The divine source has my back. You can boost this practice or any other meditation or spellwork you may enjoy, with our Incantation tincture.

Above all, the Summer Solstice is a time of renewal, a time to experience peak happiness, shed that which no longer serves us, and cultivate reverence for our fellow humans.  It is a time to seek out protection, purified spaces, and spiritual connection. It is a time to celebrate the joy, abundance, and spiritual fire within. Feel the spirits of the earth and the power of the sun within you, manifesting your dreams as you return to the light.